If you want to get the perfect film look, shoot your movie on film. Unfortunately, this isn't always an option for the budget filmmaker so the next best thing is making your video look like film. This is the method I normally use when I attempt a film look. Some might disagree with it but really it's all about what works best for you.

Start by watching a movie and analysing it. It's always useful to take screenshots so you can compare it against your footage as you're grading it. I'm going to show you how to create a 16mm look because I've always loved the way 16mm footage looks. Here's a screenshot of the raw footage. 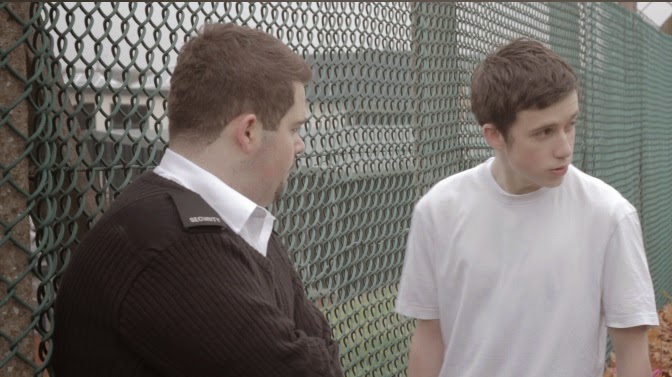 This is from my 2012 university movie "Malice". I shot this on a Canon DSLR with a 50mm lens during daylight. Picture profile was set to CineStyle so we have a flat sort of look which gives us more room for manipulation in the software. The footage is not very sharp. I can't remember if I properly focused during filming but this is okay because 16mm footage often has a soft look. Aperture was quite narrow (because of the daylight) so there's a greater depth of field. A more shallow depth of field would look more cinematic and help sell the effect better though. I also filmed at 25 frames per second and shutter was set to 1/50.

I'm using Premiere Pro because there's an interesting effect that I discovered years ago which if useful for creating a film look. In the Utility folder under Video Effects you'll find an effect called "Cineon Converter". 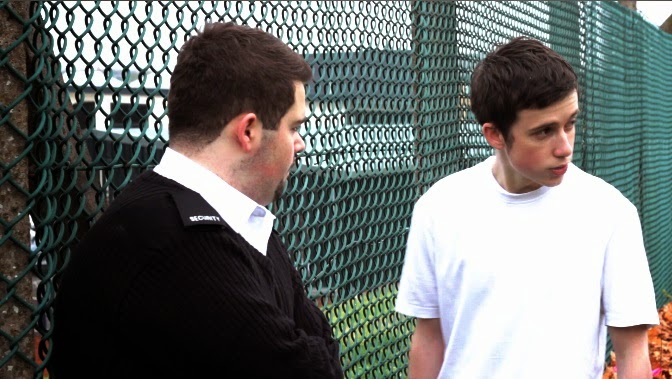 Straight away you can see that this has increased contrast and the shot now looks less flat. Go to "Window>Reference Monitor" and compare the YC waveform before and after.

See the difference? The waveform monitor is a very useful tool so make sure you check it on a regular basis while grading your footage. You can also check RGB values which is useful for correcting wrong white balance (if you ever find yourself in that situation).

Using the values within the Cineon Converter effect, I increased the contrast until I got this. Notice "Conversion" is set to "Log to Linear", the default setting.

The blacks in the footage are crushed and overall contrast has been increased. Most film look attempts I see have really high contrast with crushed blacks and blown highlights. This doesn't really make video look like film. From what I can see, film usually has a low contrast look so blacks aren't actually black but a sort of grey instead. Don't worry, we're going to sort this out in the next few steps. You might have to tweak the Gamma and Highlight Rolloff values later to get the desired look since your footage might look different to mine. Try adjusting the other values as well and experiment until you get what you want. Remember, film has more dynamic range than video so you won't be able to get exactly the same contrast in the detail.

Add a channel>invert effect and select "Green". We're going to add an invert effect for each colour channel (Red, green and blue). Set the "Blend with original" to 85% but try playing around with the values to get what you want. 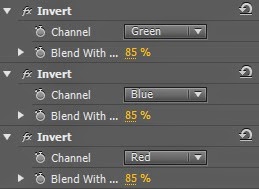 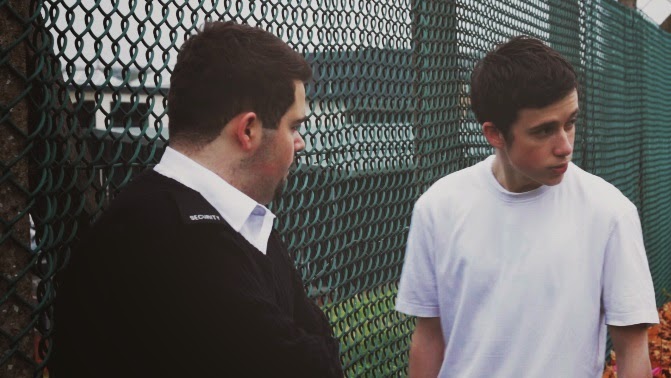 We now have this low contrast shot but it's a bit dark so add a "Brightness>Contrast" effect. Very subtle difference. I set Brightness to 10 and contrast to 25. Furthermore, you might want to apply the "Color Balance HLS" effect and desaturate the colour a little bit. I also adjusted the hue to -0.5 to push the skin tones to red more. 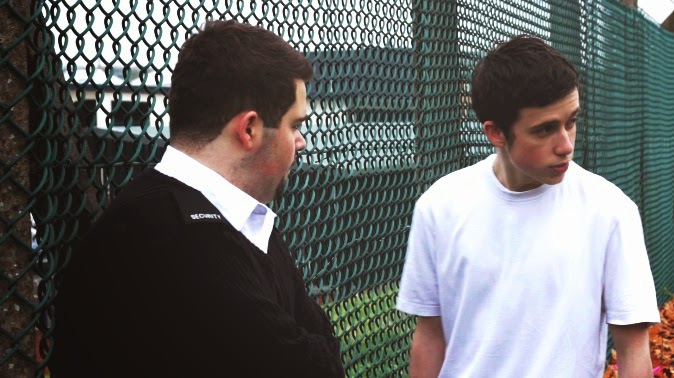 I then added film grain which I got for free off GorillaGrain. I just put it on a video layer above my footage and set the blend mode to overlay. Use a Brightness>Contrast filter to make the grain more or less intense. 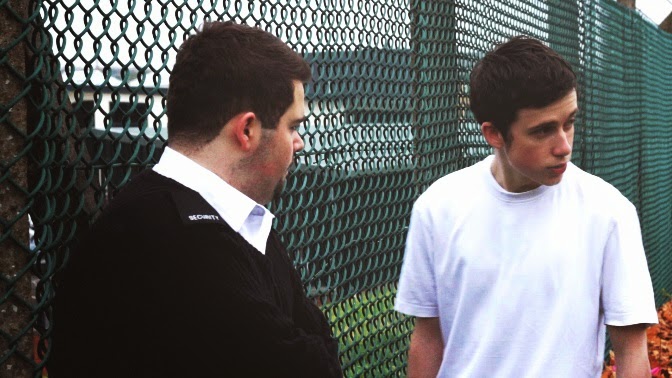 
So, there we have it. Film has a very unique sort of motion to it though and I have yet to find a way to replicate that. There are hundreds of film look tutorials out there and I really think it's up to the individual to develop their own style. I just keep tweaking settings until I get the look I want and it's not always as simple as copying and pasting the effects to all clips on your timeline. Feel free to comment with feedback or any suggestions/ideas you might have.